As a child, I often heard adults talk about ‘bush medicine’. These conversations would mention many useful properties of the plants that you could find in the ‘bush’ and the benefits it had in fighting diseases.

Over time, I discovered that many of the plants that locals considered as bush medicine were right in my yard and I took the plunge in tasting a few of them over time.

Aloe was usually something that I rubbed on my skin for sunburn, however many of the adults talked about blending it up and drinking it with orange juice.

That was the first and last time I did that. What sounded good, actually tasted like poison – but it was supposedly good for you.

The same went for cerasee – a vine that covered fencing that would stretch for yards and had little small orange fruit on it. 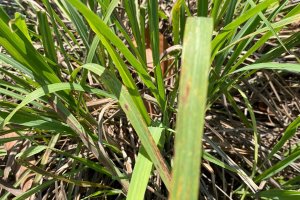 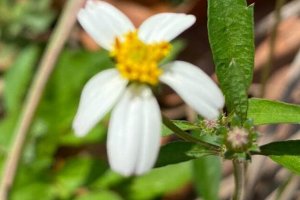 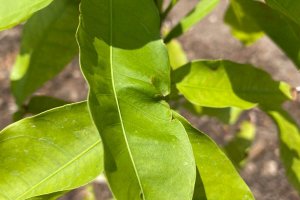 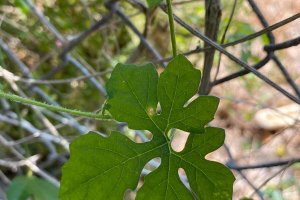 THE OLD FOLKS AND BUSH MEDICINE

Adults over 50 years old would talk about bush medicine and the first thing that would be mentioned is steeping cerasee leaves in boiling water to help boost the immune system.

I was not so foolish to even try after tasting the aloe – the smell of the cerasee bush was awful enough.

The closest I came to a soursop tree was passing by the tree and smelling the leaves which, if tasted like they smelled, would beat cerasee for nastiness.

The fruit was loved by many Bahamians, and still is to this day. I still can’t bring myself to eat it, although it is used in desserts and ice cream.

However, the leaves are said to be effective against fighting cancer – something that hit close to home in the past few years when my mother was diagnosed with cancer.

And so I planted a small one about 3 years ago and it recently had 2 buds which never bore any fruit, but the leaves were used many times for tea. Perhaps next year.

Having a mother that believed in planting trees that bore fruit, there are now 4 avocado trees in the yard that tower into the sky that produce dozens of avocados each year.

Therefore, I have an abundant supply of avocado leaves to steep in boiling water to make tea. When I discovered this, and how good it tasted, I couldn’t get enough. 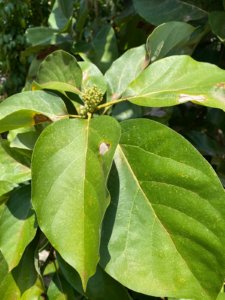 The water turns a brilliant burgundy color which when sweetener is added, is comparable to any refreshing tropical drink you can buy.

At a usual Christmas gathering I would attend, there were usually two punch bowls set out. One was a light brown mixture whose aroma filled the air – fever grass tea.

I think I spent the evening emptying the punch bowl I went back so many times. It caused me to find and grow my own fever grass.

Little did I know all of the medicinal properties that it contained.

So, despite all of the talk of bush medicine growing up, I realized that I had many of the medicinal bush right in my own yard.

Below are the names and pictures of the Bahamian ‘bush medicine’ that we have in the islands along with the health benefits that the island community swears that they possess.

These have not been verified by heath experts, although you can find their benefits all over the internet.

They are listed solely to share a part of the bush medicine stories that are passed down through the generations in the islands.

Fever Grass, found throughout the Caribbean is apparently named due to its ability to reduce fevers. It is often mentioned when talking about bush medicine. However, it also has universal value for its multiple medicinal properties. It has a distinct lemon flavor and the smell of citrus. It contains vitamins including A, B (B1, B2, B3, B5, B6) & C, and contains minerals including iron, zinc,  potassium, magnesium calcium and magnesium. Boil leaves for 5 minutes, strain, enjoy hot or cold sweetened or unsweetened 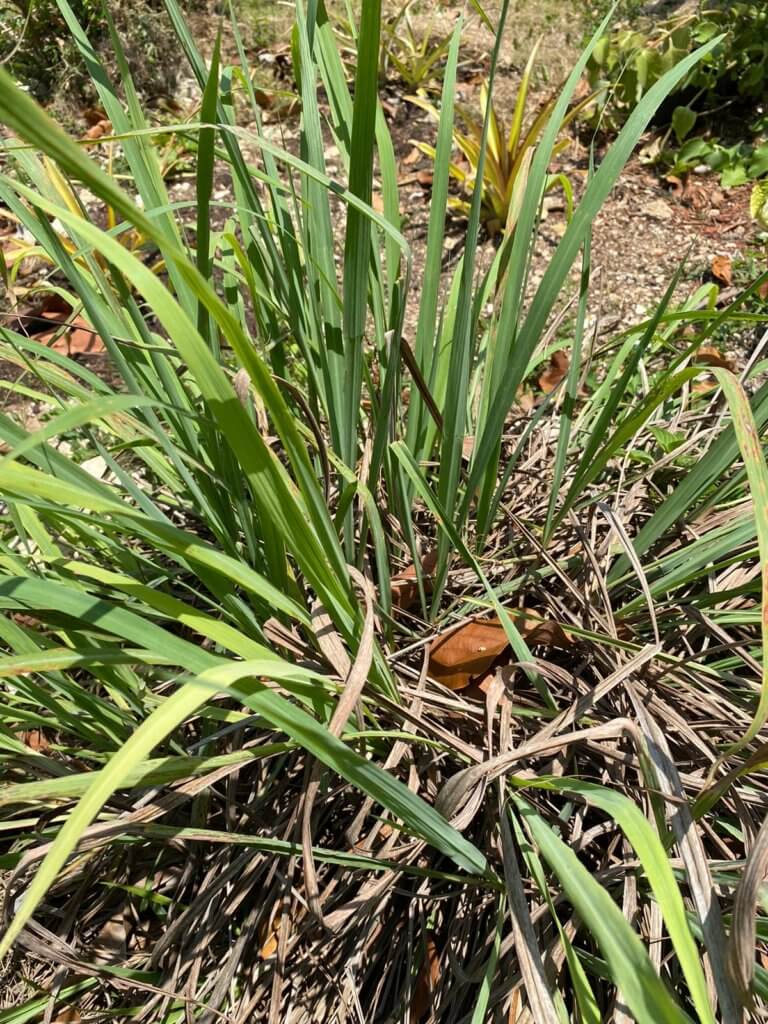 Some of the best-known health benefits of fevergrass include:

A native of the tropics, soursop leaves can be used to make a tasty and nutritious tea. It is well known to islanders for its significant effects on fighting cancerous activity in the body, although research and science have not verified this. It has high traces of vitamins A, B and C, alkaloids, acetogenins, and additional antioxidants, along with calcium, iron, potassium, anonol and gentisic acid. In addition to fighting cancer, and research’s claim that it might actually assist in preventing the disease, Soursop Tea may also be used to assist with: 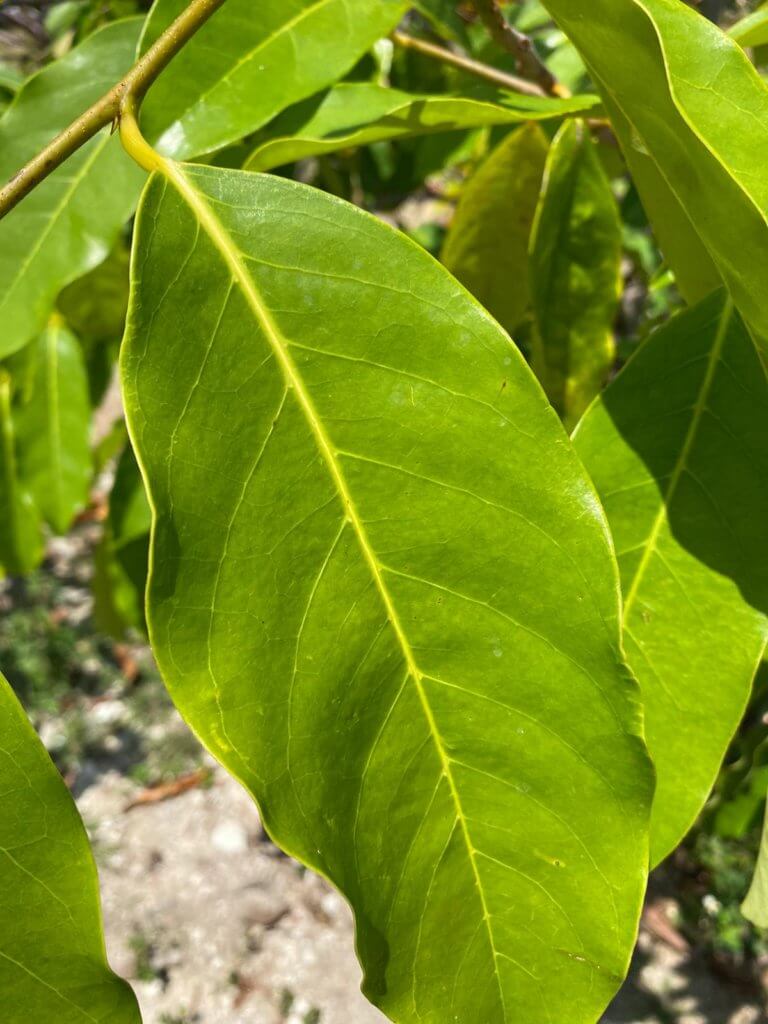 Some of the best-known health benefits of soursop leaves include:

The avocado fruit is often used in many island delicacies, but it is the leaves that are used as bush medicine. Avocado leaves are often used steeped in boiling water to make tea. Avocado leaves have nutrients which assist in helping the body fight various medical ailments.

Avocado leaves contain flavonoids – a powerful antioxidant and a natural anti-inflammatory. It is said to reduce cancer cells and the risk of heart disease. Flavonoids also help to maintain the kidney function of the body.

In addition, avocado leaves consist of polyphenols that build a stronger immune system, aide in weight loss and control cholesterol and blood pressure.

It also consists of some other nutrients like serotonin and Terpenes, which help to increase mental focus and energy, helps treat breathing problems in people with asthma, produces healthy sleeping patterns and may enhance your mood.

Bahamian people believe in their bush medicine and they are adamant that these leaves will help with many ailments of the body listed below. Again, scientifically unproven but proven by those who have used them over the generations with results. 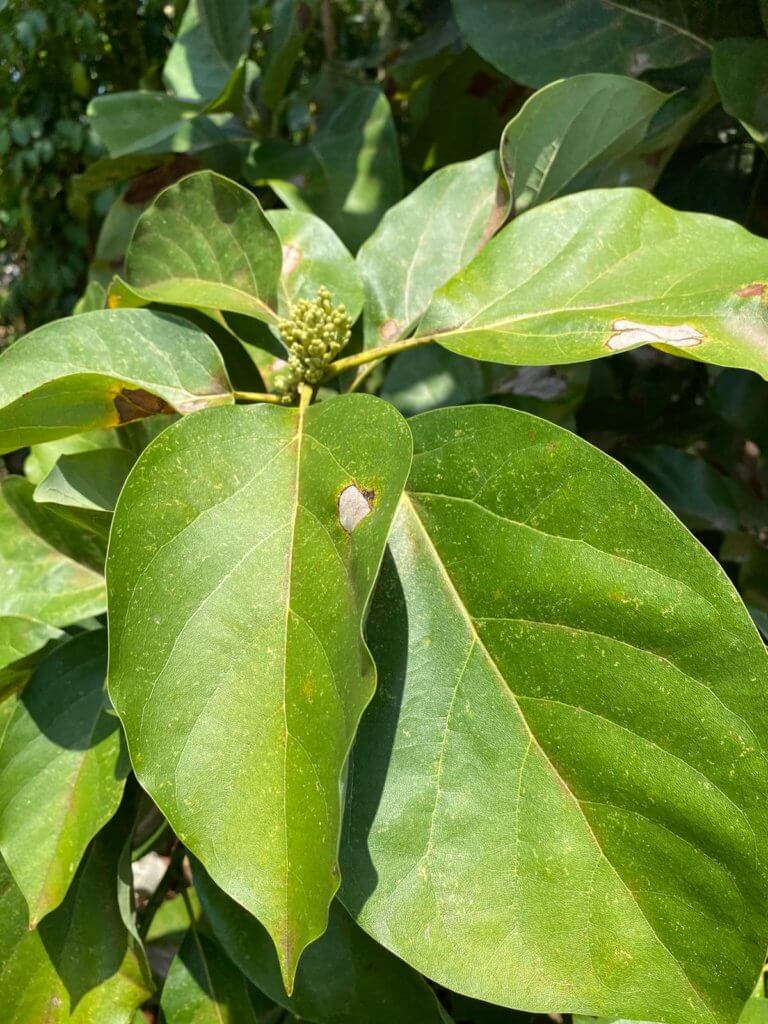 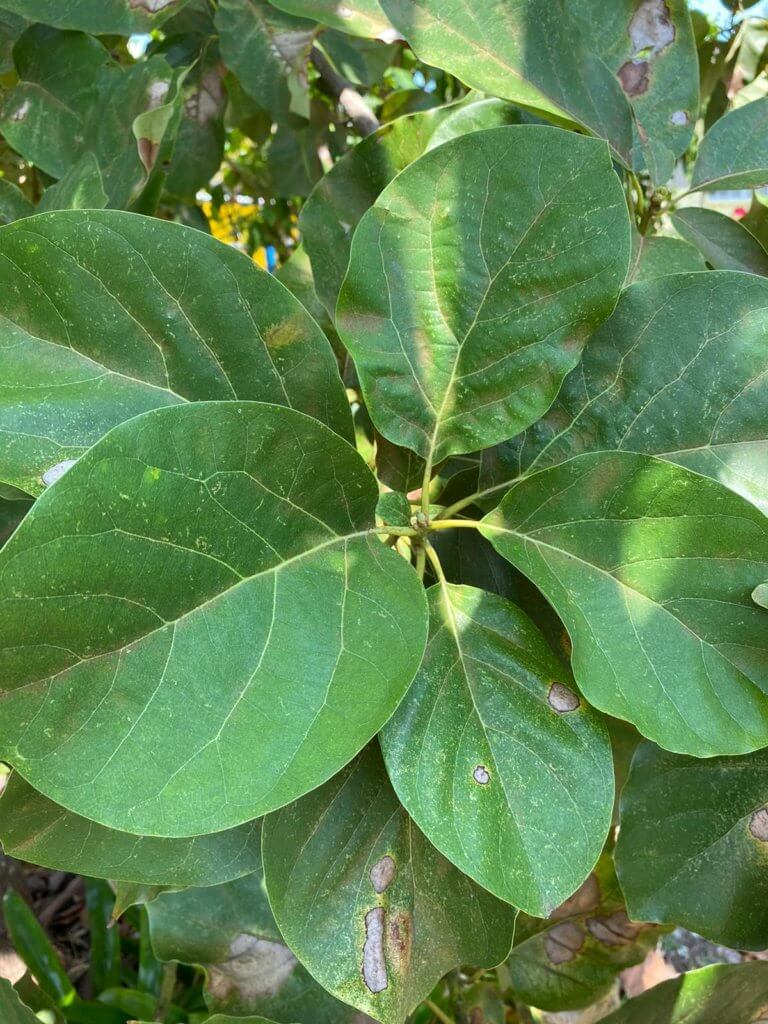 Some of the best-known health benefits of avocado leaves include:

Guinep (pronounced gin-nep) is an important fruit in the islands and its leaves are considered to be bush medicine.

Guinep leaves are beneficial too and have many therapeutic uses.  They are rich in nutrients such as vitamin A and C, phosphorus, and calcium. as well as tryptophan and few antioxidants. 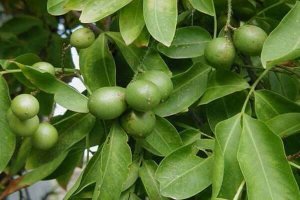 Some of the best-known health benefits of guinep leaves include:

To prepare this tea, boil leaves for at least 15 minutes (cover the pot to ensure no light gets in), strain, and drink tea immediately.

Lime leaves are one of the leaves talked about when bush medicine in the Bahamas is discussed. We use these leaves instead of medicine to treat various kinds of health ailments.

Lime leaves are an instant mood booster because of the presence of citrus aroma. Their leaves are extracted to make lime oil used in aromatherapy. The smell is so refreshing that even keeping the leaves in the house seems to lift your mood every day.

Lime leaves also serve as a substance with antibacterial activity against Staphylococcus aureus, a common skin pathogen. It proves to be an excellent antiseptic that you can apply topically. 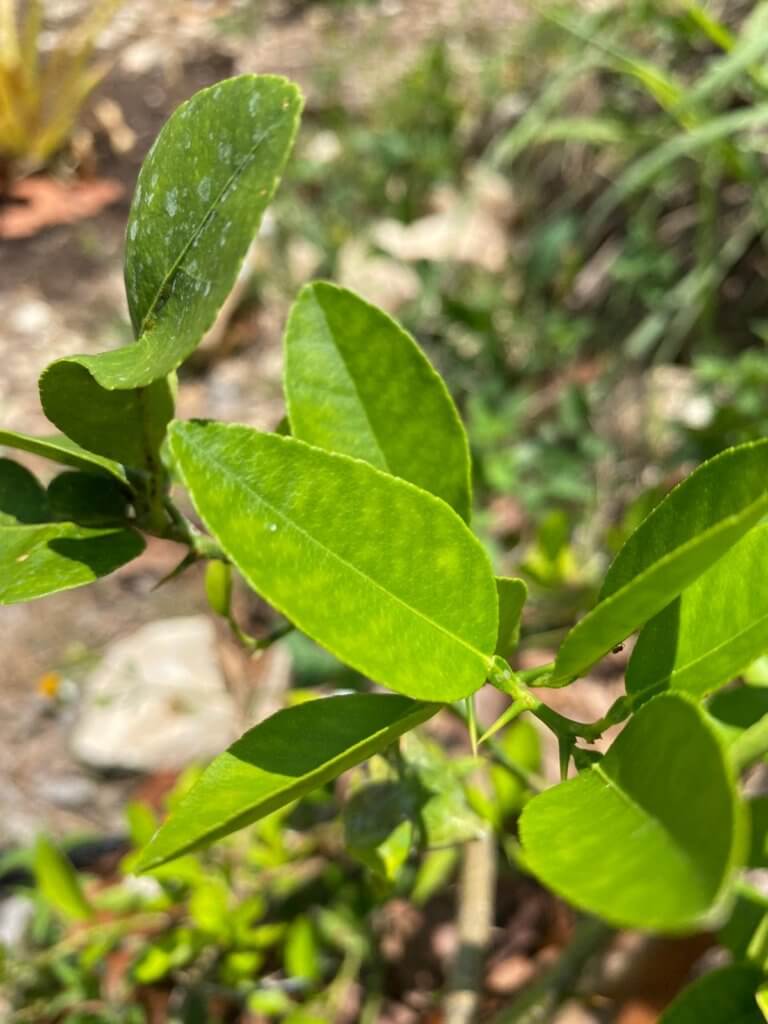 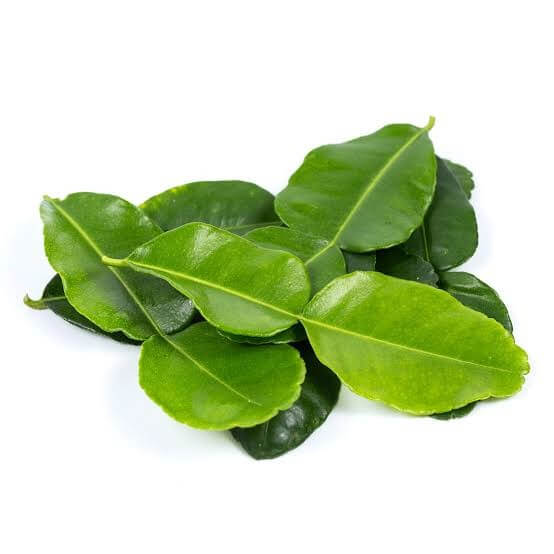 Some of the best-known health benefits of lime leaves include:

– Juice keeps mosquitoes off the skin

Cerasse is made from the leaves and stems of the Bitter Melon plant. It is used throughout the Caribbean as a potent blood purifier and especially one of the top bush medicine plants used in The Bahamas.

It is said to to cleanse toxins from the body and to support healthy blood sugar and blood pressure. It may aid digestive issues, and fight parasites or worms.

The fruit, which is very bitter, is a potent herbal remedy used to support healthy blood pressure and sugar. The Cerasee plant also has a very bitter taste. The tea is usually prepared from both leaves and stems.

“The Older Generation” claim that Cerasee can deal with hypertension, diabetes, dysentery, malaria, or maybe parasitic infections. While Cerasee is usually considered safe by locals, everybody thinking about taking Cerasee tea for its medicinal advantages needs to seek advice from a physician before taking it.

Rich in Vitamins A, C, iron and phosphorous, Cerasee excels in detoxing the body. However, its many therapeutic benefits originate from its rich antioxidant and polyphenol content. 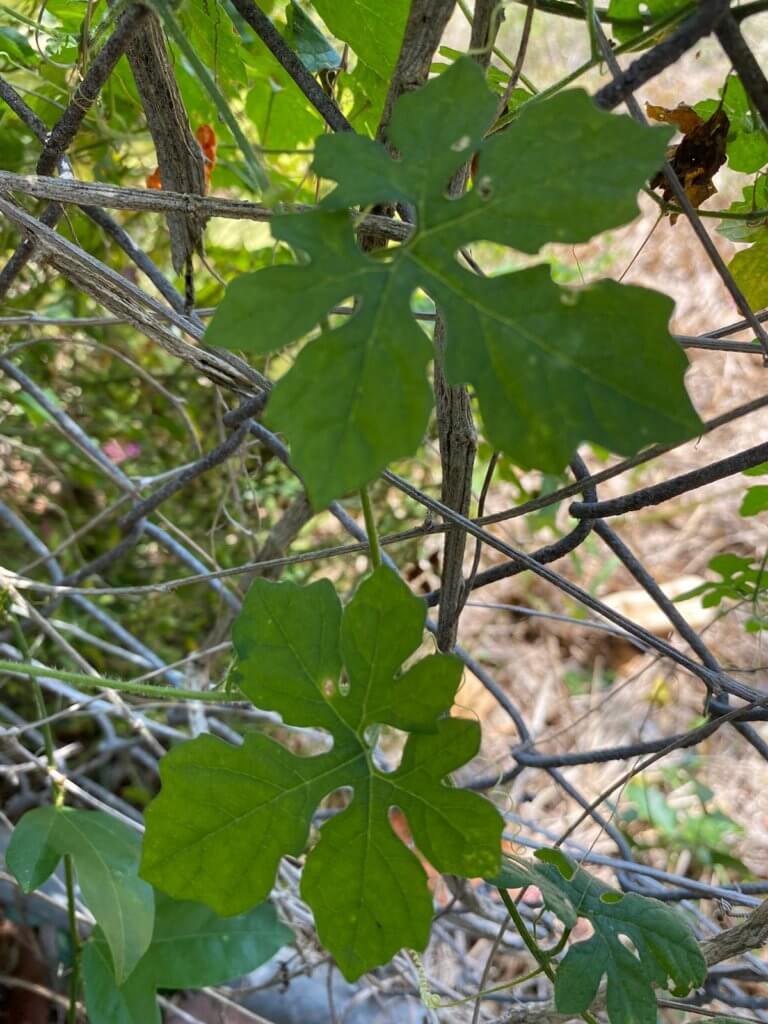 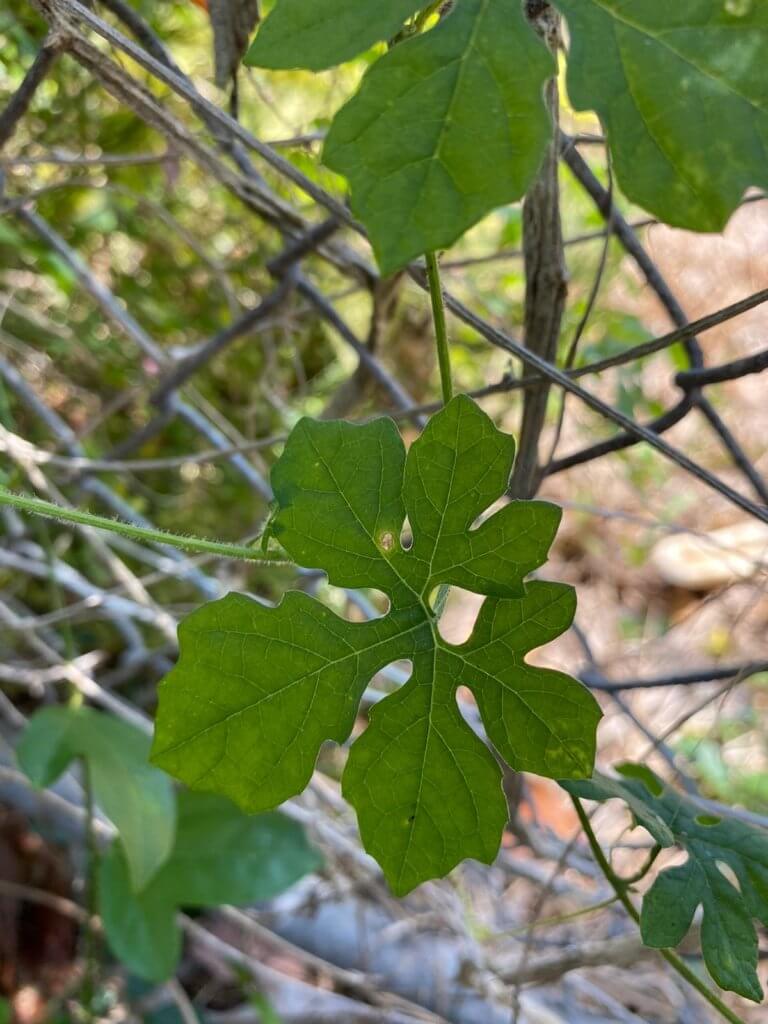 Some of the best-known health benefits of cerasee include:

– As a bath, is good for arthritis, rheumatism, gout

If you’re making the Tea from the raw herb, boil 2 oz of dried Cerasee leaves and stems in a gallon of water. Next, turn off the heat and let it steep for at least an hour. Add honey, ginger or cinnamon for flavor. It is bitter, but your body will definitely thank you.

Bahamians use the aloe vera plant’s gooey insides mainly for its ability to soothe burns or sores on the skin.

However, the meat of the plant is also used to alleviate sore throats and cleanse the inside of the body when eaten. Often called ‘bitters’ by locals, aloe can be found in many yards or open areas, as they grow in full sun and require very little maintenance. 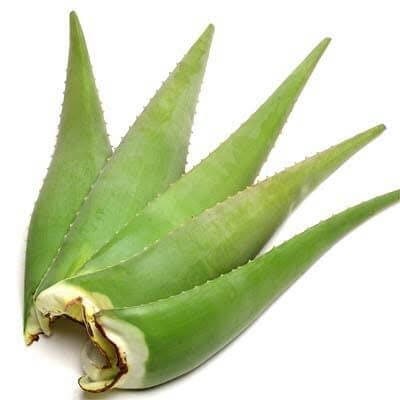 Once the skin is peeled, the gel in side can be applied directly to skin, burns or sunburn, and alleviates pain. People can also use it topically to treat various skin conditions like acne, blemishes and sores. It has also been said to remove wrinkles.

If you are brave, you blend it and drink it or combine with a fruit juice to treat various digestive problems, which helps to treat irritable bowel syndrome (IBS)

Aloe may also help cure infections in your stomach.

Some of the best-known health benefits of aloe include:

– Helps skins conditions such as acne, blemishes or sores.

This prickly plant can be found everywhere and is often referred to as a ‘weed’. It is in every yard, open area, park and roadside in The Bahamas.

It  is often a nuisance plant since the needles often attach to your shoes, socks and clothing whenever you walk through a grassy area.

However, it is known to be one of the useful bush medicine plants. It’s white petals and orange inside are instantly recognized whenever you are outdoors.

It is used to treat rashes, stings or burns. The foliage and flowers can be steeped and used for prickly heat, “cooling the blood” and to relieve “sick stomach”. It can be given every day for nine days for worms in children.

Shepherd’s needles can help cure many skin-related diseases ailments like rash, measles, poison ivy, etc. The leaves of the shepherd needle are known to possess anti-inflammatory, anti-microbial, antiseptic, and anti-bacterial properties. It also serves as a diuretic and antimalarial activity. 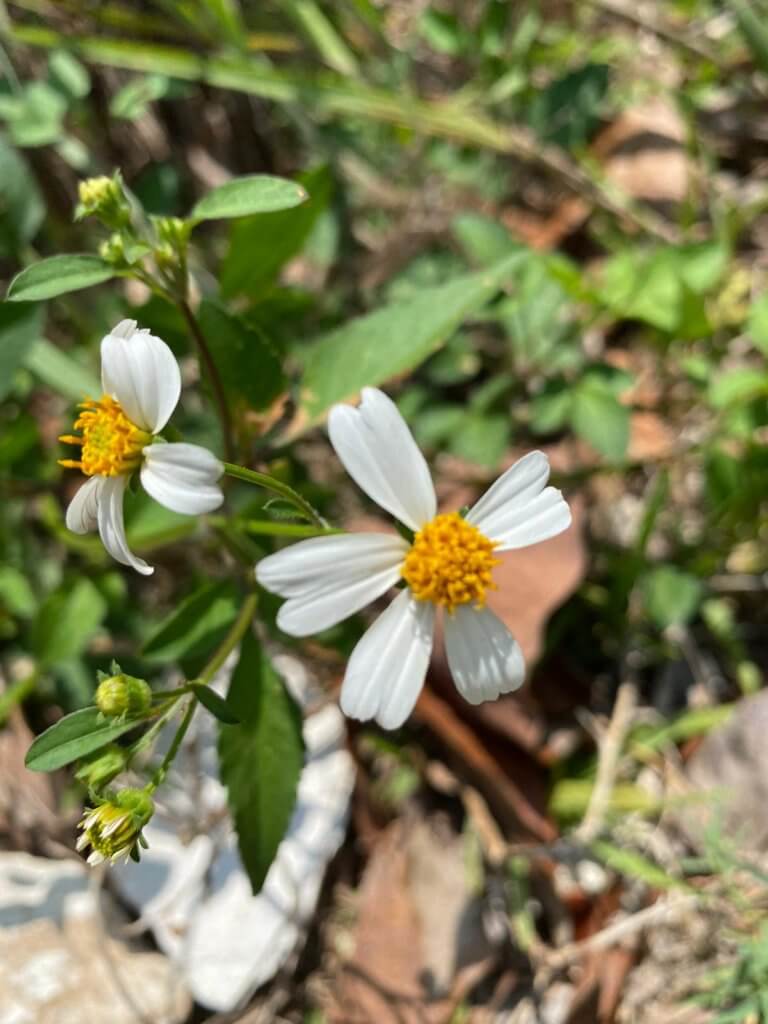 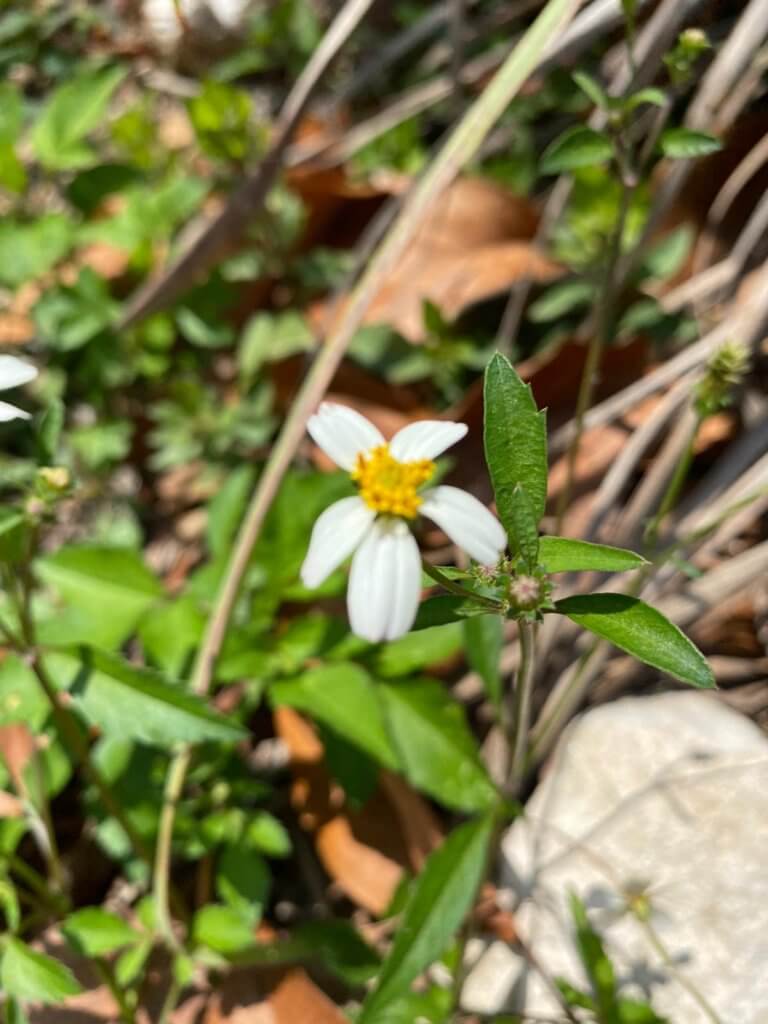 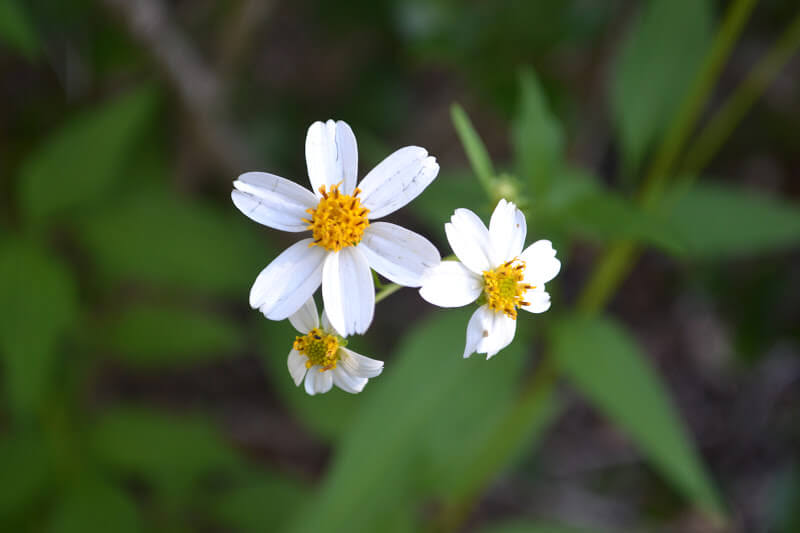 Some of the best-known health benefits of shepherd needle include:

Bush medicine in The Bahamas has played a significant role  throughout the country’s history. Stories and experiences using local plants usually found ‘in the bush’ in The Bahamas for medicinal purposes is a big part of our past. This information continues to be passed down from generation to generation.

Today, natural remedies are being increasingly sought after because they rarely have the side-effects that people fear from synthetic or pharmaceutical alternatives. You can find a complete list of bush medicine and their positive effects, written by a Bahamian author HERE.

Check out the best beaches to visit when in The Bahamas by clicking HERE for our blog post. You won’t likely find bush medicine on the beach, but you will have an unforgettable time enjoying the sand and sea.

You can also have a great meal when in Spanish Wells, Eleuthera in The Bahamas by checking the top restaurants while on your visit.

Which bush medicine have you heard about or even have in your yard? Let us know in the comments below.

Learn How To Start Your Own Business